← In Europe, Drinking Wine at a Young Age is More Acceptable… My Type of Girl – Virginia Philip, Master Sommelier at The Breakers →

The following list of one-liner restaurant "reviews" are directly quoted from restaurant customers quoted on Zagat.com. These are actual restaurant reviews, none are made up. Individually, many of these are pretty funny. Collectively, they’re hilarious. (My personal favorites are highlighted in bold). I actually started putting this article together over a year ago, and it’s a good job I researched them when I did as Zagat.com is now a paid subscription only service.

“The waiter repeatedly called my aging parents ‘Coach’ and ‘Darling.”

“Our waiter would have been better cast as an undertaker.”

“What they lack in quality, they make up for with butter.”

“The waiters are trained to bang into you.”

“Proof that there’s no shortage of people who want to eat bad food in historic buildings.”

“I’m convinced that my salad was deep-fried.”

“They’re having siesta while you’re trying to fiesta.”

“I’ve been in prisons with better service.”

“The food looks like it was plated by toddlers.”

“His food tastes better on TV.” 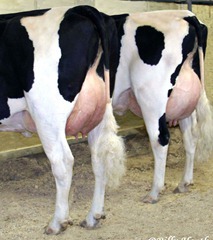 “Only the flies on our table enjoyed the meal.”

“I thought I was looking at an oil painting when suddenly it moved – it was my waitress.”

“The flagship of a fleet that needs an overhaul.”

“I’m pretty sure I ate cow’s udders and liked them.”

“The special occasion place for people with bad taste.”

“If only the spectacular view could fill one’s stomach.”

“The only way the tables could be closer together would be to stack them.”

“The viewing beats the chewing.”

“Quail with figs had exactly one fig. When asked for more, the waiter replied there’s one fig per customer!”

“If you have no personality, this is the hangout for you.”

“Service with a grudge.”

“The maitre d’ made us wait to be seated, apparently for no other reason than because he could.”

“Primary attraction was the small wildlife wandering across the table.” 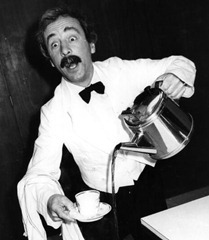 “The chef keeps renaming and relocating the restaurant like it’s a member of the Federal Witness Protection Program.”

“Service so attentive you may have to ask for some privacy.”

“Take a look at the staff on the way in – that’s the last you’ll see of them.”

“Other than having gone to hell in a hand basket, everything is just like it was before the sale.”

“The valet stole my cell phone and called Brazil 11 times.”

“What is an ‘ultra lounge’ anyway?”

“Even their ‘regulars’ have stopped going there.”

“Foie gras does not need to be put into a mascarpone cookie.”

“I would rather eat sushi from a vending machine.” 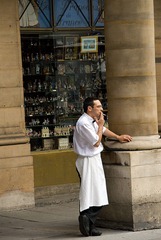 “Great food amid a sea of shorts and black socks.”

“The waiter took my order, went outside to smoke and then waved through the window.”


“Could someone do something about the uniforms? 1982 just called and it wants its suspenders back.”

“We could have lived without knowing that our waiter was ‘Steven from Long Beach.”

“If I wanted to be treated with distaste, I would just stay home.”

“Our waiter was very unattractive, and this being LA, I have to downgrade the Decor rating.”

“They make you walk around with a horse stick and blow a whistle. That’ll teach you to tell someone it’s your birthday.” 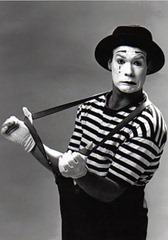 “The food may be bad, but at least the service is slow.”

“It seems that the owner, the chef and I have lost interest.”

“My waiter was so soft-spoken I thought he was a mime.”


“Hard to tell if it is a restaurant or drug front.”

“My office comes here for special lunches, but I wish they’d stop.”

“The food may have been excellent, but I was choking on the prices.” 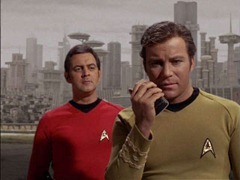 “Even the ice water had garlic in it.”

“The only thing healthy about the place is the exit door.”

“Staff wanders around as if they were just beamed to this strange location.”

“Who said it was ok to expose your chest hair while serving people their sandwiches and frozen yogurt?”

“The staff is charmingly incompetent.”

“A good place to go with co-workers you don’t like.”

“I do wish they’d stop sticking a pine tree in every entree.”

“The No. 1 spot in town for crooked pharma reps to stuff fat doctors full of $50 steaks.”

“Once you drive through ax-murderer country to get here you are pleasantly surprised by all the people and the buzz.”

“It’s hard to tell where the food stops and the Styrofoam containers begin.”

“Suffers from delusions of adequacy.”

“Took a doggy bag home; the dog refused it.”

“If this place doesn’t get you laid, nothing will.”


“Saves fuel bills – the heartburn will keep you warm all winter.”

“The immature eating the indelible.”

“It has a great reputation among people who don’t get out much.”

“The roaches always get the best seats.”

“Chef’s responsibility is to turn on the microwave.” 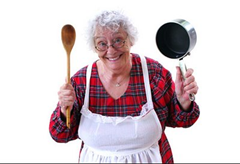 “They put the salmon in salmonella.”

“If I want a fatty sandwich served by a walking attitude, I’ll go to mom’s.”

“Good seafood, but the waiter should be used as fish bait.”

“Duck must have had a long flight – tired, tough and took 90 minutes to arrive.”

“Portions so small I started laughing – prices so high I started crying.”

“Have yet to learn that heat is an integral part of the cooking process.” 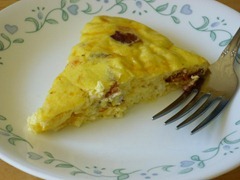 “For the price, the lobster should have come via overnight express, not pony express.”

“Breaking bread’ should not mean you have to use the side of the table.”

“The quiche of death.”

“Should shut down the restaurant and just serve the view.”

Which is YOUR favorite…?

This entry was posted in Funny. Bookmark the permalink. ← In Europe, Drinking Wine at a Young Age is More Acceptable… My Type of Girl – Virginia Philip, Master Sommelier at The Breakers →