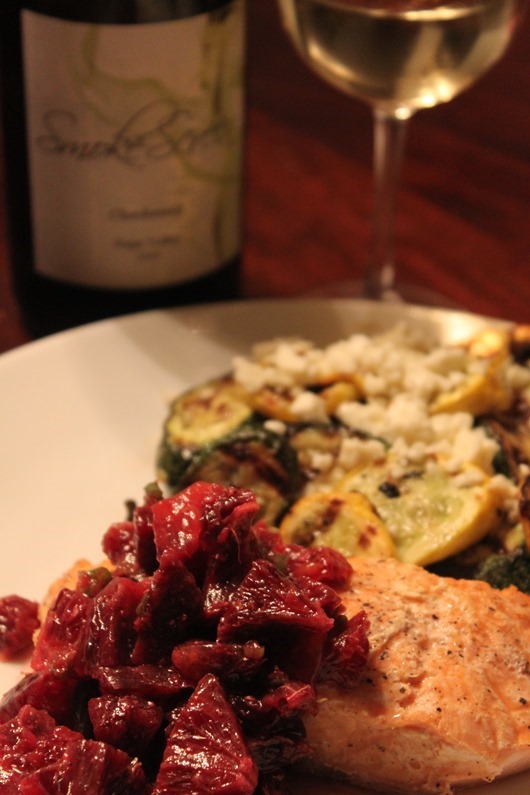 When was the last time you cooked with blood orange? Never? Yeah, I think I was in the same boat as you until last night, at least, I couldn’t remember the last time…

Smokescreen is a new brand of wine that I’ve recently happened upon. I reviewed the Smokescreen Red Blend recently, and was so sizably impressed that I thought the Chardonnay was worth a shot. I have to admit, I’m a little uninspired when it comes to pairing food with Chardonnay, and so I took the random move to send a very quick email to the guy behind the Smokescreen (Paul Johnson), asking for his recommended food pairings. Paul got back to me within a few hours with his 2 favorite pairings: Grilled Salmon with Blood Orange Olive Oil and Lobster with Watercress and Lemon Olive Oil.
Since it was only Tuesday, I thought Lobster was maybe a bit-much. I therefore opted for his salmon recommendation, and went with Grilled Salmon with Blood Orange Salsa. 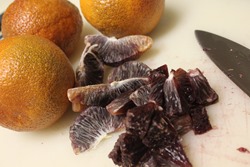 I do have to say, there’s nothing worse in this world (except maybe famine and war) than deciding on a recipe to make, only to find out when you get to the grocery store they don’t have one of the necessary ingredients! First World problems, I know!
I knew blood oranges were in season (December to March), as I looked it up online beforehand, but alas Publix were all out. Maybe they had some in the back, but I typically shy away from asking questions at grocery stores. It forces me to adopt my “semi-American with a Southern-twang accent” in order to be understood. If you ever meet me, ask me to say “Hey man, y’all got blood oranges?” It’s quite hilarious.

So there I am, stood in the middle of the produce section of Publix, on the phone with The Fresh Market, enquiring as to their availability of blood oranges. At this stage, I’m wishing I’d just gone with the lobster! Luckily they had ample supply, so I bought everything else I needed and headed to “where the posh-people shop”. If only I could afford to buy ALL my groceries there! 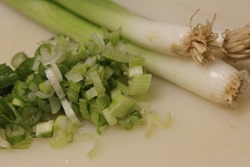 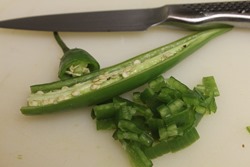 The prep for this recipe is ultra-easy, and requires making very little mess, with the blood oranges being the only exception. Removing the pith is a must though, as it could add a bitterness to the salsa. 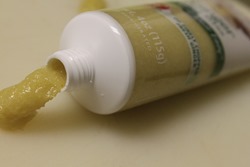 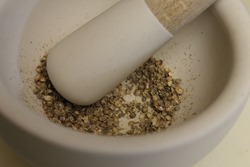 I hate cheating when it comes to recipes……..ok, that’s a complete lie. A wise Chef once told me “…unless you’re going to get recognition for it, and it’s going to alter the taste immensely: cheat!”
It’s a mantra that I can whole-heartedly get on board with; therefore, I probably should have used fresh ginger for the salsa, but the stuff in the tube worked perfectly fine.

Next came the pummeling of the coriander seeds. I probably could have cheated here too, except for the fact that I relish any opportunity to use my mortar-and-pestle! 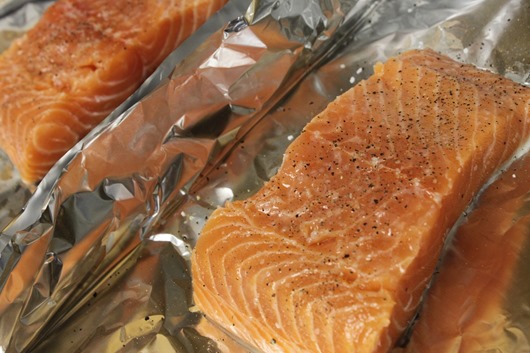 The photo above illustrates the way that I pretty-much prepare my salmon every time for cooking: foil, salmon, salt, pepper, lime juice, wrap the foil, done. The only exception this time was I added coriander to the filets. 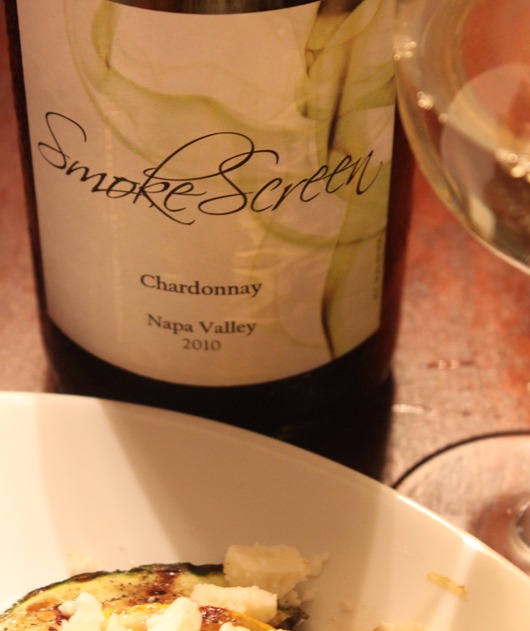 Now that the food is out of the way, let’s talk wine!
I can only guess that Paul Johnson is a hell of a negotiator, as the grapes for his Smokescreen Chardonnay normally go into a wine that retails for $35+. Of course, he isn’t allowed to reveal the true source of the wine. The Smokescreen retails for a mere $14.99. Tell me how many other quality Napa Valley Chardonnay’s you can find for that price?

This Chard is rich, but still manages to holds its individual flavors together, without going-off on a tangent of either fruit or oak. Caramelized pear, orange, lemon, granny smith apple, vanilla bean, and peach. The oak is present (since it’s barrel fermented), but doesn’t dominate. So many people seem to think it’s the latest-and-greatest thing to ask for a Chardonnay that’s “unoaked”. It isn’t. Balance is the key to the Chardonnay game!

The Smokescreen Chardonnay is available online here for $14.99.

Heat a grill to medium-high heat. Place salmon filets on individual sheets foil, brush with remaining olive oil season with salt, pepper and cracked coriander. Place on grill for approximately 10-15 minutes until desired cooking temperature has been reached.  Top with the salsa & serve.